How can I do my biology homework with all the jargon I’m encountering in research. Like other sciences, biology brims of terminologies that often intimidate many students. mastery of these terms is a great cheat on biology homework as you can easily go about research without confusion.

Without further ado, here is a glossary of terms to help you in your biology assignments.

Active transport – employing energy to transfer molecules into, out of, and between cells.

Adaptive radiation – adaptation of an organism that allows it to successfully spread into different environments.

Aerobic respiration – the process of cellular respiration that happens in the presence of oxygen gas in order to derive energy from food.

Anaerobic respiration – respiration, which enables cells to burn carbohydrates for energy in the absence of oxygen.

Anticodon – nucleotide sequences that are complementary to codons.

Artificial selection – the process through which humans intentionally select for or against specific traits in creatures.

Batesian mimicry – type of biological similarity in which a poisonous or dangerous organism is mirrored by a harmless organism that has a warning system, such as bright colouring.

Benthic zone – the benthic zone is the lowest ecological zone in a body of water, and it often consists of seafloor sediments.

Binomial nomenclature – a scientific system for naming organisms that includes a genus and a specific name.

Calvin cycle – the chemical mechanisms that plants use to “fix” carbon from CO2 into three-carbon sugars.

Cell differentiation – is the process through which a cell adjusts its gene expression and becomes specialized to a specific purpose.

Cell signalling – cellular communication occurring within the body as a result of cells releasing and receiving hormones and other signalling molecules.

Crenation – the creation of irregular notched surfaces on cells as a result of osmotic water loss.

Directional selection – natural factor that leads a population to evolve toward one extreme of a phenotypic spectrum.

Divergent evolution – the process by which groups descended from the same common ancestor evolve and accumulate differences, leading to the emergence of new species.

DNA sequencing – the method of determining the nucleic acid sequence – the order of nucleotides in DNA.

Dominant allele – a gene variant that results in a particular trait even when additional alleles are present.

Ecdysis – the process of shedding or molting an outer cuticular layer.

Embryology – an area of biology concerned with embryonic development.

Endocytosis – cellular mechanism by which chemicals enter the cell.

Founder effect – the founder effect is the loss of genetic variety that happens when a new population is founded by a limited minority of participants from a larger population.

Gametophyte – the sexual period in the generational cycle.

Gene pool – the collection of all genes or genetic information in any population, typically of a single species.

Genetic equilibrium – state in a genetic pool of an allele or genotype whose frequency does not change from generation to generation.

Genetic variation – the variations in DNA between individuals or between populations.

Heat of vaporization – is the amount of energy that must be given to a liquid substance in order for it to be converted into a gas.

Homologous structures – organs or skeletal parts of animals and creatures that, due to their resemblance, reveal a common progenitor.

Hypertonic solution – solution with a higher solute concentration than another solution.

Hypotonic solution – a solution with a lower solute content than another solution.

Incomplete dominance – gene interaction in which both alleles of a gene at a locus are partially expressed, frequently resulting in an intermediate or distinct phenotype.

Island biogeography – an ecosystem that is isolated since it is surrounded by other ecosystems.

Kingdom – just below domain is the second highest taxonomic level.

Krebs cycle – energy is transferred from 3-carbon molecules to electron carriers, which are then utilised in the electron transport cycle to make ATP.

Ligand – any molecule or atom that binds to a protein reversibly.

Linked genes – genes that are likely to be inherited jointly due to their physical proximity on the same chromosome.

Metamorphosis – a process in which animals go through dramatic, quick bodily changes after birth.

Missense mutation – a single nucleotide alteration that results in a codon that codes for a different amino acid.

Monohybrid cross – a hybrid between two creatures that differ in one genomic region of interest.

Open circulatory system – blood suffuses the body and may be immediately exposed to the environment in places such as the digestive tract, rather than being sealed tight in arteries and veins.

Oviparous – animals that lay their eggs but do not grow any further embryos within the mother.

Passive immunity – a procedure in which individuals acquire antibodies from other sources rather than creating their own antibodies.

Passive transport – form of membrane transport in which molecules are moved across cell membranes without the use of energy.

Plasmolysis – the process by which cells in a hypertonic fluid lose water.

Point mutation – type of mutation in DNA or RNA, the genetic material of the cell, in which one nucleotide base is added, removed, or modified.

Recessive allele – a form of genetic coding that does not produce a phenotype in the absence of a dominant allele.

Rhizome – an underground plant stem engineered to put out roots and shoots from its nodes.

Sexual dimorphism – the state in which the sexes of the same species exhibit distinct features, particularly those not immediately related to reproduction.

Stabilizing selection – a type of natural selection in which the population mean settles on a non-extreme trait value.

Sympatric speciation – emergence of a new species from a surviving original species while both remain in the same geographical region.

Transcription – the process of converting a section of DNA into RNA.

Vestigial – the preservation of genetically determined features or traits that have lost some or all of their ancestral function in a given species during the evolutionary process.

Vivipary – growth of the embryo within the parent’s body.

Xerophyte – plant species having adaptations to thrive in a low-liquid-water environment. 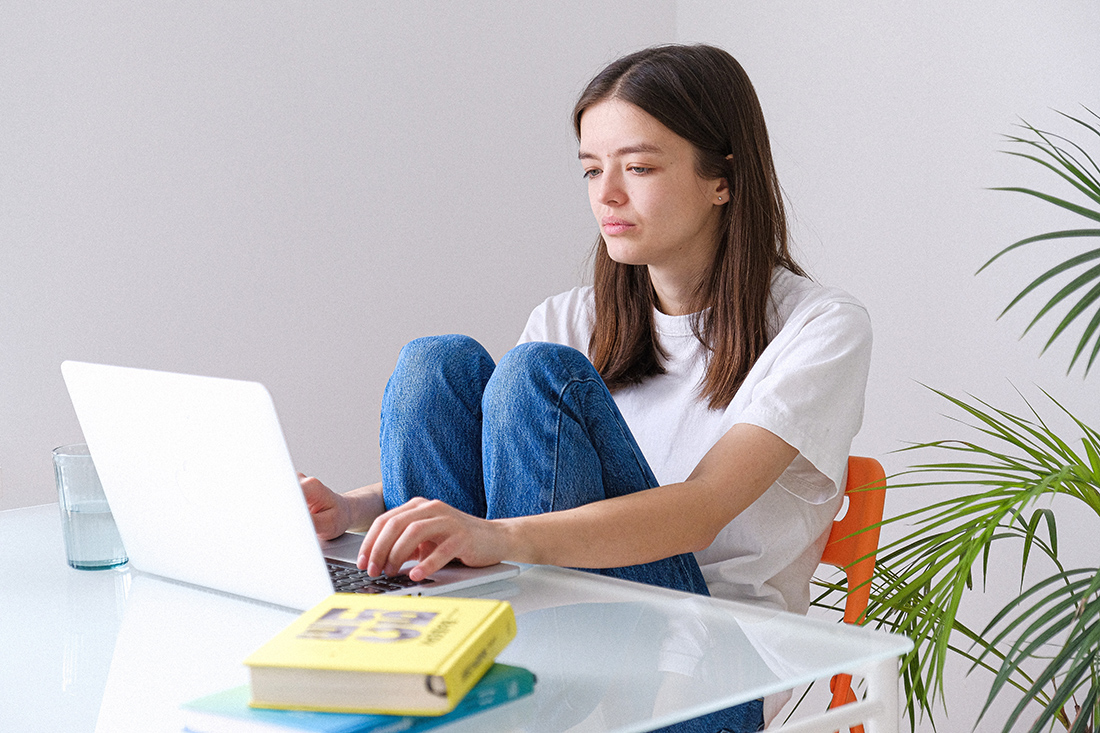